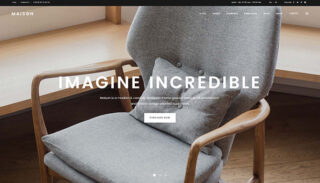 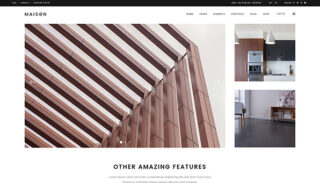 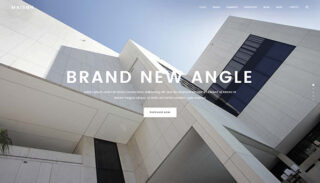 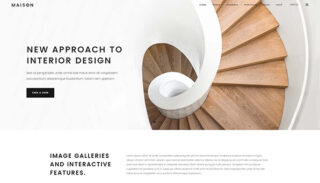 The Secret To A Smooth Renovation – Lead Times

It’s all in the planning… and that planning takes longer than you think. From architects to curtains and furniture, getting a handle on lead times and allowing yourself time to make decisions is key to a smooth and successful home renovation. But how long? You ask.

So Christmas is over and done. We’re in a new year and I hope everyone has decided on their resolutions and what you may want to be doing to your house in 2023. Maybe you’ve taken some time over Christmas, hung out at home and thought, Ooh, ‘I really want to change that up.’ Or, ‘Oh my God, this is really driving me mad.’..

We certainly have something actually that we’re going to change and by we I mean my husband and I. We made the mistake of getting a double bed. I don’t know why we did that or why we thought that would be okay size wise. I’m quite small and he isn’t huge or anything, but he sleeps like a caged animal. I’ve never known anything like it.

Why can’t men just sort of turn around normally in bed? Why do they have to sort of levitate up in the air and slam themselves back down like a pro wrestler or something?! We have been sleeping so badly for so long now that my new year’s resolution, brought about mostly by the near breakdown of a marriage is to get a bigger bed. Especially as now as we’ve got a three-year-old that thinks that the bed should he has as well and seems to have picked up the sleeping habits from her father. So that’s our new year’s resolution.

I’d love to know what yours is!

Today I wanted to talk about time frames you’ll encounter on a renovation or extension project and why it is VITAl to plan and more often than not, order early. If you would rather listen to this than read it you can find the podcast episode here.

I think a lot of people don’t realise what sort of timeframes you need to look at for house renovation or extension work. COVID made a real boom in the home renovation market and that led to builders being super busy because some projects were pushed back. Then everyone also wanted to start projects. So last year, finding a builder in any reasonable timeframe was near on impossible. As you may have found. Maybe you’re reading this thinking. Yeah, that was me.

If that is you then maybe it was a good thing as prices also went up a lot last year. Over so many different sorts of categories, plasterboard, plaster, wood, all sorts of things.

Hopefully prices will be stabilising a little now as importing get’s better, China has opened up again and the surge in demand ebbs. But aside form the cost, and maybe more so people often don’t always realise how much time projects take.

To make things run smoothly and also ultimately to save you money, because when you do things in a rush and don’t give yourself enough time, you can’t mull over decisions or fully think about the practicalities of the designs that you’re implementing .

You also don’t give yourself enough time to gather multiple quotes. Or to wait for a more affordable items, longer postage options, etc.

This is not the time to be behaving like you’re back at uni and your project is due the next day and you realise that you I’ve been procrastinating and putting things off, cleaning the kitchen sink instead of doing what you’re meant to be doing.

If you suddenly realise you don’t have all your tiles on site. when your builder starts doing your bathroom for example, you’re going to have to pay for speedy next day delivery. Then you’re going to have to do that on your grout as well. Then before you know it, you’ve added another £150 onto your budget, just because you left things until the last minute. That’s quite a lot of money, but it’s still on the smaller endof the budget compared to the money you may not save if you are left with only one builder to chose from because the cheaper one you wanted suddenly has no availability until 2025.

If you have time on your side, you’re going to save money and you’re going to make better decisions. You’ll also end up with also exactly what you want, because some items aren’t always in stock at the right times or have larger lead times to be considered. Missing the boat on these things means you didn’t ultimately get your first choice item. So it’s incredibly important.

It’s going to be no surprise that I’m going to tell you you want to start with the design. You want to sit down and really think about how you live your life, what you do every day, what’s important to you and what’s not. Then make some of the over arching design decisions.

For example, when it comes to the flow of your home- space planning, where you need more space, where you need less. These are thoughts that you want to have before you speak to your architect, or at least during the discussions if you’re using an architect. Because architects won’t always think about how you’re actually going to live in your home. They have so many other things think about when they’re putting things together. This is why architects and interior designers often work together because we bring the more living, feeling side to the build. Rather than the structural and compliance side etc.

You should know a lot about this because it will be your home and your life and you know how you live it. So give yourself a little bit of time to think about that. Make some notes, go away, come back to them.

Try and be mindful in your day to day in order to make that list really, really relevant. Then you can think about that when you’re looking at the architect’s plans and you can also take certain things to the architect that you know, you want involved and incorporated because you’ve had a good think about it all.

I would allow a minimum of six weeks, four to six weeks from start of ideas to working with an architect to putting in planning for this stage. Planning times vary depending on where you are in the country and different times of year. It might be an idea to call the planning office, just to see what their general turnaround times are but generally I would allow around six to eight weeks for the planning to come back.

Now you want to do your structural calculations. Ideally you want to do this after the planning has come back, because if planning say you need to change anything, you don’t want to have to redo those drawings. So once you’ve got your planning in, you can do that then you can do your party walls you can see if you need to get Thames water involved (if in London), you can speak to your building regulator, all this sort of boring old paperwork stuff that comes into play before you even fully think about what you’re doing inside your home or who you’re going to get to do it. So again, allow another couple of weeks for that, depending on the size and complexity of your job.

Then it’s time to further flesh out your design thoughts and don’t get me wrong, you can do this part, the fleshing out, whilst you’re waiting for planning very easily. If you think about the design of your home a bit like layers, you’ve got your walls and your fundamentals, like the design of your windows, where they’re going to be, the layout, the space planning, the type of windows and doors (sliding/pocket/glass etc), wet areas and dry areas…. Then the next layer is finishes, flooring types, tile sizes etc.

Also whether you’re having engineered wood or carpet certain colours or types will have a lead time and it’s always best to know both this and fitters availability right from the start.

These are also things that you’re going to want to get, 2, 3, 4 quotes on in order to come to the right decision on trades and budgets.

You can’t get a quote until you know what you want which is why it’s important to think about the design right from the start. Colours aren’t quite so important at this stage more the material and patterns used if for example you are choosing tiles – mosaics take longer to lay as do patterns. Also a stair runner for example has added leads times as it needs to be templated and cut rather than wall to wall carpet.

Ordering tiles early is good too as tilers like them all on site at the start to see thicknesses etc. Plus if items come broken or your tiler tells you they need more you have time to order them in.

Having all items that are needed including bathroom taps, toilets and more onsite exactly when the builder needs will allow them to plan their own timeline and check all items for compatability.

It helps mistakes to be avoided if they can see what fixings are needed and dimensions etc. So we want everything on site when your builder starts, having no lead time to work with is going to make that impossible.

There’ll be something like that. I think the margin is about 10% generally on any build. So don’t get downhearted, it happens to the best of us with the most meticulous planning in the world. Things are gonna happen. There’s just too many moving parts, but. Getting early and knowing your timings and.